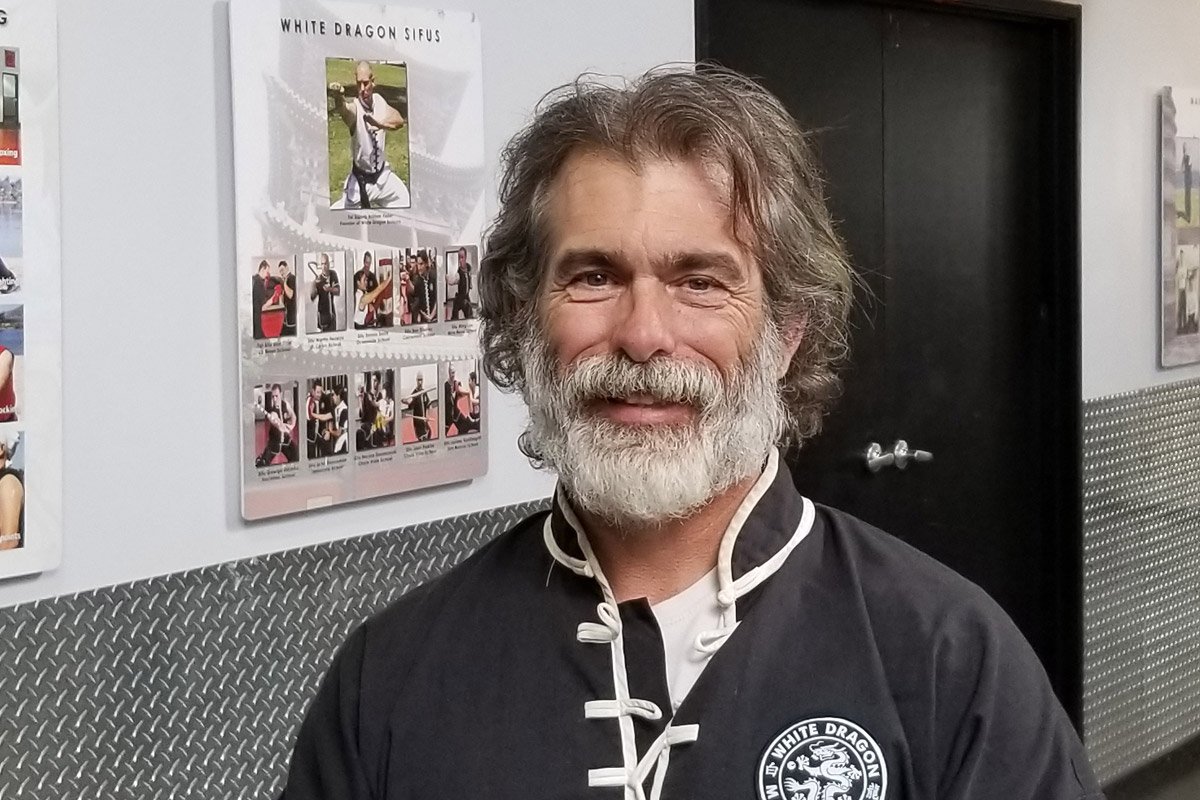 I was born a San Diego native, to an immigrant father and first-generation mother, who taught me to value hard work and family. The greatest days of my life have been the births of my two daughters.

I started my combative training while wrestling for St. Augustine High School, where I grappled my way into the San Diego Hall of Champions and won both 1A League and CIF titles. During the off season, I competed in both Sambo and Greco Roman wrestling, winning a spot on the AAU traveling team.  During this time, I also studied Tae Kwon Do and Hapkido to stay in top shape. After graduating high school, I was awarded a partial scholarship to Stanford University, but declined to follow through on it because I was needed to help support my mother & sisters. I wrestled locally for a year, eventually losing interest. Right around this time, I met Master Nathan Fisher just as he was opening his first school in La Mesa.  So, I had the great fortune of joining the school right at the beginning of the White Dragon organization!

November of 1985 marked the beginning of my life of training in Choy Li Fut and Yang style Tai Chi.  After training and teaching for several years in the La Mesa location, I was promoted to run White Dragon’s the newly opened El Cajon location, which later I would come to own and operate independently. Later that same year, I earned a Level 3 Tai Chi Instructor certification from the Natural Tai Chi Chuan and Hong Kong Institute of Tai Chi Chuan. I competed in the Chung Hung Open International Push Hands Championship, in Taiwan, and received the Champion’s Cup for the Light Weight Division, during which my opponents were unable to score a single point against me.

In 1992, I was the first student of Master Fisher to be promoted to the level of Sifu by Grandmaster Doc-Fai Wong. I created a joint locking program for White Dragon, drawing from my extensive grappling background, creating a highly effective close-in fighting system based on joint manipulation. I have been featured on the news, multiple newspaper articles & in national publications such as Inside Kung-Fu, Black Belt Magazine and the Encinitas Sun. As part of my goal to empower people, I have created Self-Defense Seminars for Women, lectured for the Department of Justice, San Diego Court Reporters, San Diego Veterans Administration, Women in Law, and Sempra Energy.  Throughout my career I have always continued to educate myself in areas that I thought would benefit my students.  I have obtained my Personal Fitness Trainer certification #65533408, Hand Gun Safety Instructor certification #101339, and have completed training to be a Mental Strength Coach.

My personal interests include scuba diving, shooting, archery, hobby farming, photography, rebuilding classics (a 1978 Shovelhead, 1973 240-Z, and currently a 1978 Dufour Sail Boat that I plan on sailing around the world!) and running My Children's Self-Reliance Summer Camps. I believe anything is possible when you commit to your goals.  I take great pride in helping my students and clients achieve their goals following all the same great lessons I’ve learned throughout my career as a martial arts Sifu!