The Origins of Yang Tai Chi

Tai Chi Chuan, translating to “Grand Ultimate Fist”, is considered to be one of the highest forms of martial art and health practice. Dating back to China’s Liang Period (AD 502-557), tai chi is one of the oldest documented forms of martial arts. The tai chi of today can be traced back to the Yuan Dynasty (AD 1271-1368) to a Taoist scholar by the name of Zhang San-Feng. Already an old man before beginning his tai chi training, he added concepts that would allow him to defeat younger and stronger opponents. These principles include: use calm against action, soft against hard, slow against fast, and use one technique to defeat many. His ideas would shape the evolution of tai chi for several hundred years! 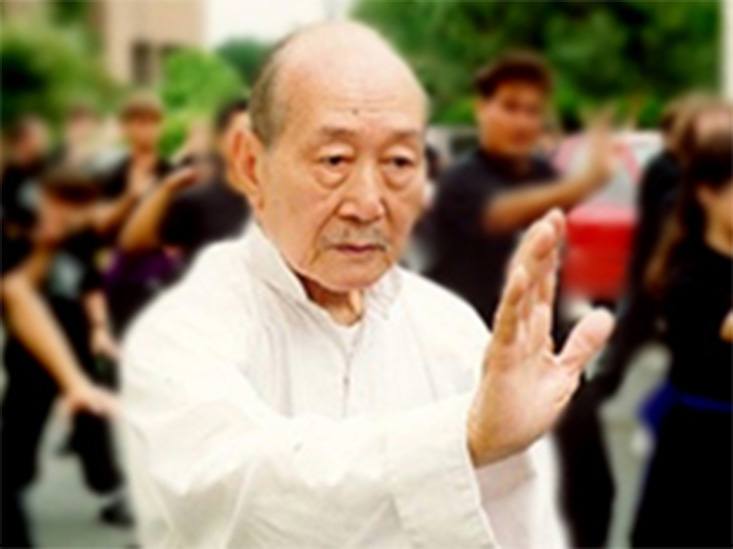 Wang Zong-Yue, a student of a student of Zhang San-Feng, was a tai chi expert and scholar who wrote much about tai chi theory. From Wang, tai chi branches off into Northern and Southern styles. The Northern style was handed down to Jiang Fa during the Qing dynasty (1662-1722). According to legend, Jiang Fa traveled through the Chen family village of Chen Jia Gou, on his way to visit his mother in Hunan. The inhabitants of the Chen village were known for practicing a Shaolin-like martial art that was passed down from the Ming Dynasty (AD1368-1644) called Pow-Chui or Cannon Fist. Jiang was confronted by a man named Chen Chang-Xing and after a small altercation, Chen asked Jiang to be taken on as a student to learn his tai chi secrets. This began the legacy that is now called Chen style Tai Chi. 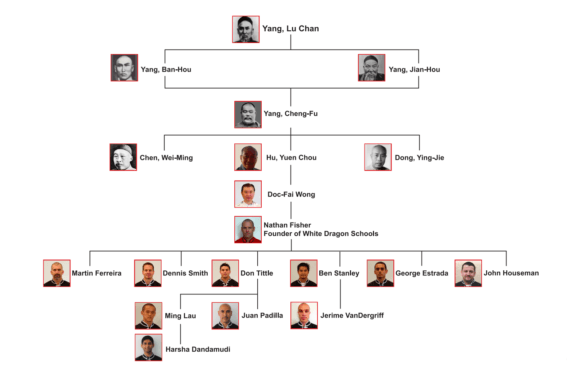 Yang Family Tai Chi has its roots in the Chen Family. Sometime during the 1800s, a man by the name of Yang Lu-Chan (1799-1872) arrived in the Chen Village seeking the knowledge and health benefits that Chen style Tai Chi was known for. Yang Lu-Chan had studied Shaolin Kung-Fu as a youth and was already a highly skilled martial artist. He would study in the Chen Village for 18 years from the now famous master Chen Chang-Xing. Later, Yang would bring tai chi to Beijing with his two sons, Yang Ban-Hou & Yang Jian-Hou, where it quickly became popular in local martial arts circles.

Yang Jiang-Hou had two sons, Yang Shou-Hou and Yang Cheng-Fu. Yang Cheng-Fu and his student, Chen Wei-Ming eventually became famous for spreading tai chi throughout China and making Yang style Tai Chi one of the most widely practiced forms of martial arts in the world today.

One of Yang Cheng Fu's last closed door disciples, was our late Great Grandmaster Hu Yuen Chou (1906-1997). Dr. Hu, a graduate of Western Medicine Academy, spent decades promoting Chinese martial arts in Canton and Hong Kong. He was also instrumental in passing on the Yang system to the American public through Grandmaster Doc-Fai Wong. Master Nathan Fisher, the founder of White Dragon Schools, has been one of Grandmaster Wong's top students since 1980, and continues to promote the teachings of the Yang family. Because of this strong connection to the highest-level tai chi masters, White Dragon is one of the few schools in the country that teach the complete, authentic Yang family Tai Chi system.