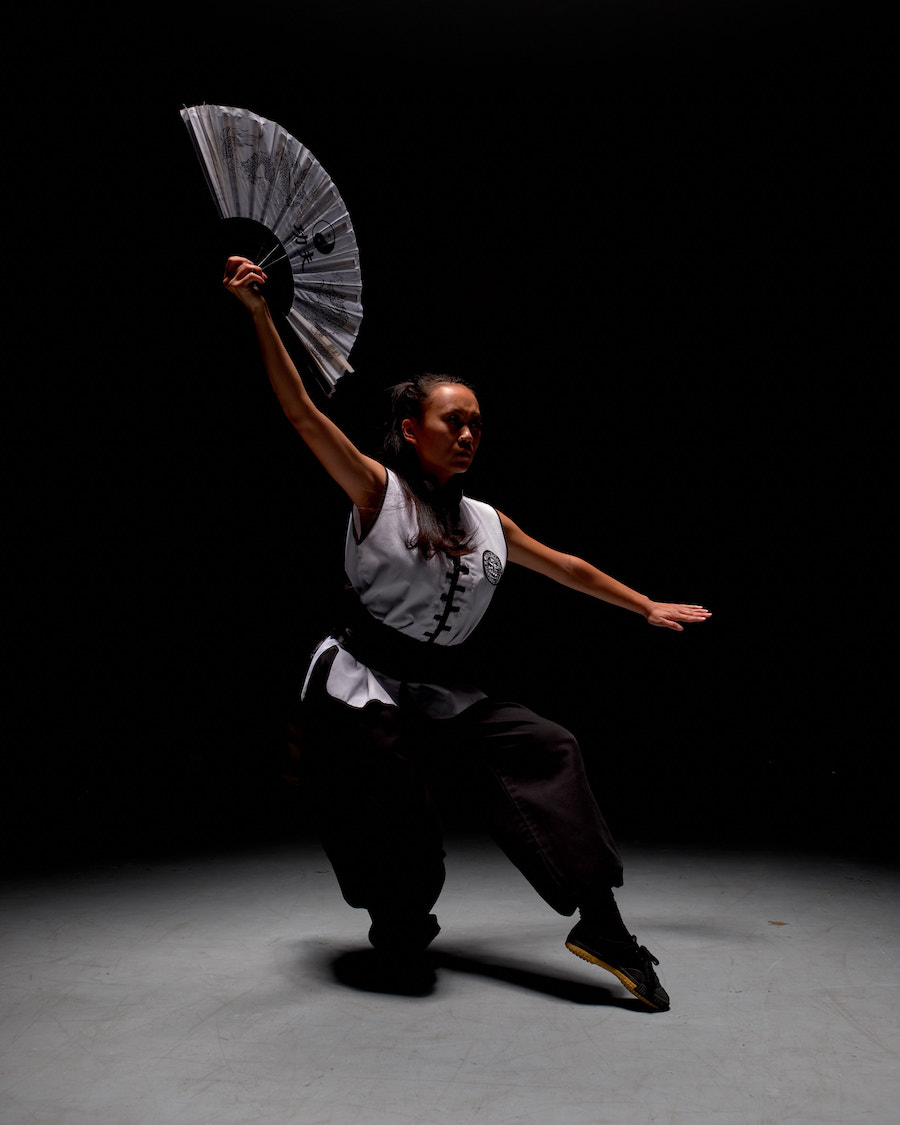 In ancient times, fans were the only practical air-conditioning units available. Even today, many people still rely upon paper fans for instant relief from hot summer heat. But did you know the same innocent-looking, hand painted, folded triangle can be a deadly self-defense weapon?

I am speaking of paper fans with bamboo ribs. Most people have been misled by stories and movies depicting martial artists fighting with iron fans. Actually, no one made iron fans in ancient China. Only after demand had been established by kung fu moviegoers, have so-called iron fan replicas made of stainless steel entered the market.

Iron fans were never used because they were too heavy and clumsy for practical use. Plus, the metallic appearance of an iron fan would surely catch people’s attention. One of the benefits of fans as weapons was that no one knew until the fight that the fan bearer was carrying a weapon.

Another disadvantage of an iron fan is that if the metal ribs were made thin enough to keep the weight down, they would easily bend. Subsequently, the fan would be impossible to close.

The fans used for fighting in China were made of lightweight paper with strong sharp bamboo ribs. They were easy to hide in the loose garments of those days. Today, it’s still easy to put a fan in your pocket without worrying about carrying a concealed weapon.

Another misconception is that fighting is done with the fan open. However, open fans have no fighting application. Only when the fan is closed and the butt end used for poking pressure points, does it become an effective weapon.

However, an open fan can be used to temporarily blind or confuse assailants before launching your attack.

The theory behind the fan is that it is a stronger extension of your hand. Once you know the basics of most martial arts, you have the necessary foundation to learn fan techniques. However, you do have to know a few vital target areas to make your fan strikes effective.

Some vital points are:

The most important training for fan fighting is to know pressure points so your strikes will be accurate. In the old days, Chinese martial artists used a life-size acupuncture dummy called a copper man. As the name implies, copper man dummies were made of copper. Nowadays, you can use regular cardboard or Styrofoam boxes to replace the copper man dummy. Stack the boxes to life size and add points that correspond to human pressure points. Then practice several quick accurate strikes using the butt end of the fan.

There are two ways to hold the fan. The first is straight forward as an extension of the hand. The second is with the folded fan pointing down in a stabbing position.

Chinese martial artists have been fighting with fans for many years. As a result, many kung fu systems have traditional fighting fan forms. Choy Li Fut has a famous fan form called the hand breaking fan. Traditional forms practice is far more artistic and lends greater meaning to the techniques. Of course, as with all advanced techniques, you should be trained by a knowledgeable teacher.

This article originally appeared in the August 1987 issue of Inside Kung Fu Magazine, “Training for Life” by Grandmaster Doc-Fai Wong.

2 thoughts on “The Fan’s Fighting Application”