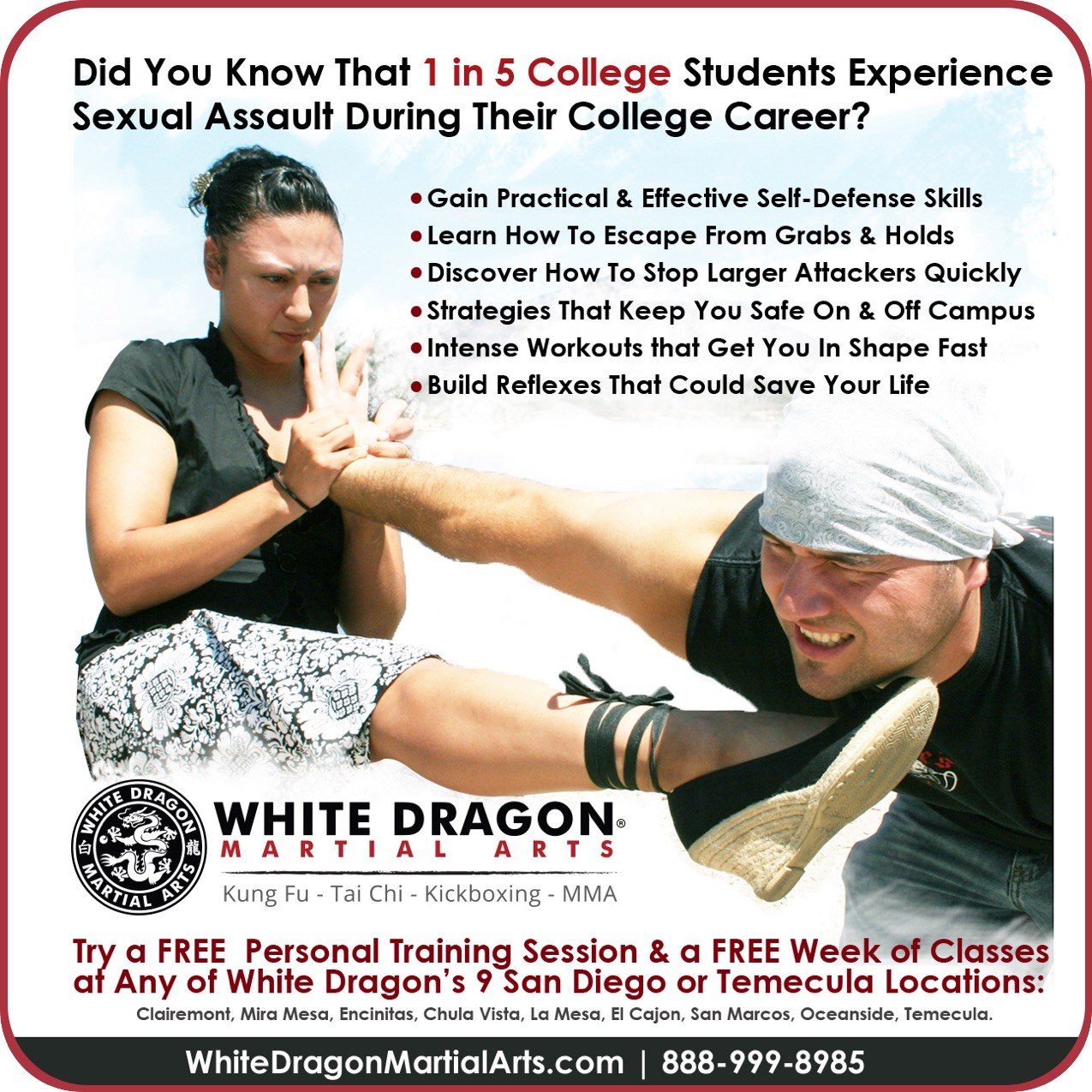 The White House Task Force to Protect Students from Sexual Assault released a report in April of 2014. Titled “Not Alone” the report stated that 1 in 5 students experience sexual assault during their college years. Did you also know that you can help stop campus assaults simply by learning how to protect yourself? At White Dragon Martial Arts, you’ll learn to defend yourself using Kung Fu, one of the world’s most effective systems of self-defense.

“Perhaps most important, we need to keep saying to anyone out there who has ever been assaulted: you are not alone. We have your back. I’ve got your back.”