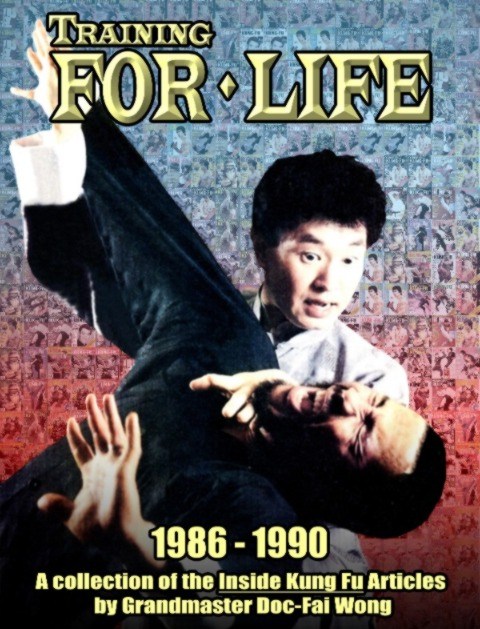 Most people think of their martial arts in terms of close-range or long-range styles. For instance, in Chinese martial arts Wing Chun is said to be a close-distance fighting system, while White Crane is thought of as long range. Actually both are long-distance styles, as are many Japanese and Korean martial arts.

There are two ways to fight – close and from a distance. All punching and kicking, even if the arm is not fully extended, represents distance fighting. For example, Tae Kwon Do relies heavily on kicks and is a distance-covering style. However, so is Wing Chun, which is primarily a short-hand punching system.

Long-range martial arts are those which bring you from out of the opponent’s grabbing range into your kicking or punching range with no contact. For instance, Wing Chun’s short-arm fist contacts its target after the stylist steps forward into punching range.

If you don’t have the right training, your opponent has an advantage.

Close-range defense involves grappling or grabbing. China’s Shuai Chiao and Japan’s Jiujitsu and Judo are good representatives of close-range martial arts. Close-range fighters will typically grab you and try to take you to the ground where they have control. Close-distance martial artists use counter-grabs, joint-locks, and throwing techniques to avoid being restrained. If they go down, they are usually prepared with wrestling techniques.

There’s no doubt that each type of defense has its benefits. However, you don’t know what kind of attacker you’ll see on the street. What happens to those who have trained in a long-range system, and suddenly find themselves assaulted by someone who is attempting to throw them down? What if you miss your punch and are grabbed by your opponent? Can you still fight with only a knowledge of distance fighting?

If you don’t have the right training, your opponent has an advantage. If you don’t have close-distance grappling techniques in your martial art, you might learn Aikido, Jiujitsu, Judo or wrestling to make up the difference. However, be aware that wrestling differs from Aikido or Judo. Wrestling is geared more toward force against force, meaning the bigger person as an advantage. If you learn Judo, Jiujitsu, or Aikido, using it as a soft, relaxed martial art, you should handle someone larger than yourself.

Many people practice distance-oriented martial arts for a long time. As they get older it becomes difficult to take up Judo or Jiujitsu. Their joints age and their muscles lose their elasticity making them more susceptible to injuries from falls and locking techniques. A good martial art for those people is Tai Chi Chuan, learned from an instructor who knows how to teach the style as a martial art.

Unlike other martial arts, Tai Chi push hands workouts are gentle and relaxed. If you’re not a young person, you won’t have to worry about getting injured during training. Only when push hands becomes a competitive sport, like Judo or wrestling, is there any risk of injury.

The most important point in using Tai Chi as a well-balanced martial art is your teacher. Find an instructor who knows the applications to each movement from the form and who is adept at push hands. When you locate him, you may just decide that Tai Chi is all you’ll ever need in a martial art.