Homepage / Blog / Training for Life - A Slice of Kung Fu 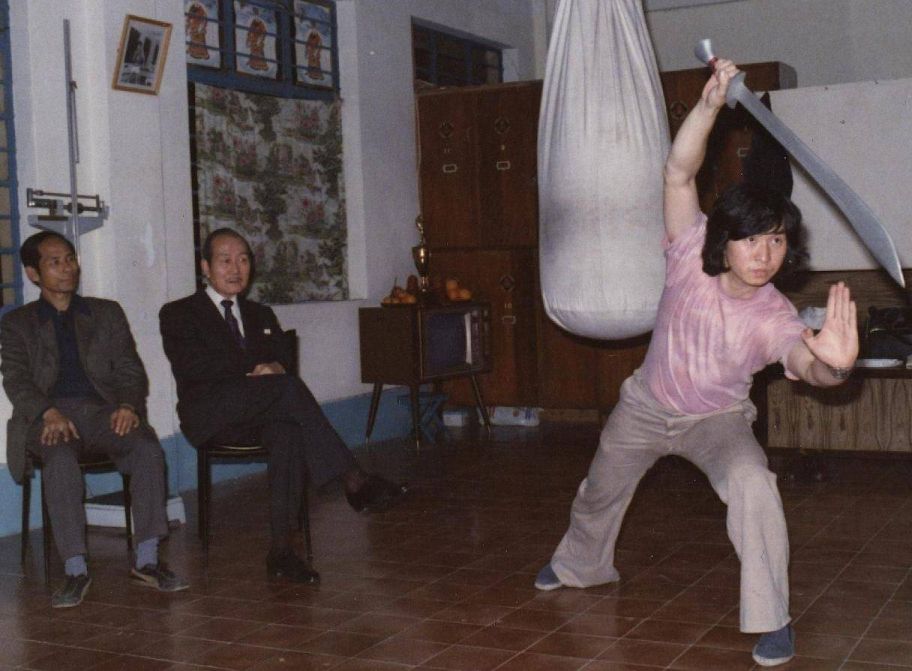 Training for Life – A Slice of Kung Fu

This article originally appeared in the May 1987 issue of Inside Kung Fu Magazine, “Training for Life” by Grandmaster Doc Fai Wong.

The broadsword was the number-one weapon in China before firearms made their appearance.

Referred to in Chinese as don-do (single knife), the broadsword was carried primarily by foot soldiers, who used it both for close-in fighting between unmounted fighters and to cut a mounted soldier’s knees or his horse’s legs.

However, not all don-do usage was the same throughout China. Until recently, China was politically and culturally divided into northern and southern sections by the Yangtze River. Each section was distinct in its martial arts and weapons.

Northern China was always the center of military rule, wealth and arts. While soldiers considered the broadsword a survival tool and tended to use only a few basic practical techniques, civilian broadsword forms from northern China bore a multitude of flowery circular movements, with an emphasis on artistic qualities.

Southern China’s broadsword forms were just the opposite. The farmers and laborers of that area used the broadsword for combat and personal needs. Therefore, the forms were more direct and practical than those of their Northern counterparts.

Although Northern and Southern broadsword forms are different, the basic techniques remain the same. Primary don-do cuts are downward chops, waist-level horizontal slices, uppercut slices that span the length of the body, and straightforward thrusts or pokes. There are also diagonal slices, originating from the corners.

In ancient China, training techniques often involved the use of a don-do dummy made of long-stemmed straw. Today, the straw dummy has been supplemented by Styrofoam versions. The don-do stylist practiced the basic techniques on the straw dummy, listening closely to the sounds made as the broad­sword sliced through the dry stalks. A short, sharp, whistling noise indicated a straight clean cut. Crooked or incomplete cuts were indicated by longer muted sounds.

The effectiveness of the cuts was determined by the angle at which the blade sliced through each stalk of straw. A precise, clean cut would leave a smooth, sharp surface across the perimeter of the stalk. A rough, torn edge on the straw stalk indicated the technique was sloppy.

Correct broadsword techniques are determined by the power in the movements. There are two principle broadsword techniques, each with a special brand of power. One technique is a chopping action, which requires direct force to bring the blade through its target. As the broadsword practitioner applies a chop, the power comes up from the foot, with the ankle pushing the surface of the foot against the ground. The muscles of the back leg tight­en, pushing power further up his body until it reaches his waist, where it is magnified by the rotational effect of a loose, supple waist. The power then spreads evenly through the shoulder, arm and wrist, before climaxing with the don-do cut.

The other cutting technique is a slice. While a practitioner can use brute force to chop through most substances, slices require a softer power to be effective. Again, the waist plays an important role in slicing broadsword techniques. First, contact is made with the target. Then, with a pulling and sucking-in motion of the waist and arm, broadsword stylists pull the sword and create the slice.

Slicing techniques are effective against the softer portions of the body. Chopping action to the softer areas is like striking a sponge—the body gives but is never penetrated.

However, the question remains: Why concentrate on correct broadsword techniques when firearms are so prevalent?

The answer is in the fundamental study of martial arts. Essentially, it is to preserve the art and its ancient culture, proving its examples of discipline and human skill are as necessary and valuable today as they were hundreds of years ago.