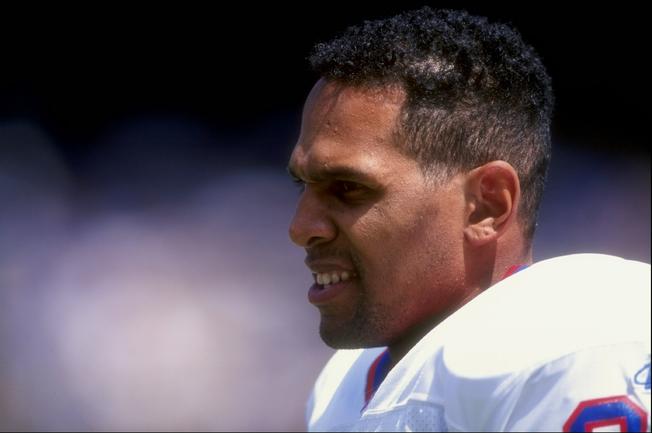 Let’s take a trip back to 1988 when Quinn Early was the 3rd overall pick for the Chargers. The young up and coming wide out hit the ground running, literally. Early played 12 seasons in the NFL but like many players, he was thinking ahead at what would come after his grid iron days.

As if getting hit on the football field wasn’t enough, Early found himself working as a stunt man after a fateful call from a friend. He remembers the day he shot his first scene saying, “Next thing I know I’m on the back of a pick of truck shooting a machine gun. And when the weekend was over they paid me. And I was like I can get paid to do this?”

The former wide receiver also had another passion that helped him in his stunt work. For almost 26 years now Early studies and teaches the art of Kung Fu. After nearly a lifetime of extremely physical activity, he found that eventually you can only push your body so far before you start to feel the pain. After suffering from sporadic back pain, Early had MRI’s taken and found he had three herniated discs in his lower back.

Even though he has to take it easy, Early continues to teach at White Dragon Martial Arts here in San Diego. His female students tell me he’s helped them learn how to protect themselves from potential attackers. Now he’s taking one step further through a new business venture. The “Stroovy” app is what Early describes as the “yelp for online dating.”

Early says, “Stroovy is a third party review application to help online daters make more informed choices within the online dating world. Stroovy gives online daters a tool that will help them to make better decisions about with whom to spend their time.

That’s right, the former NFL player and Kung Fu master is helping those searching for love stay safe. The app has been live in the San Diego area for almost a month. Early hopes it will pick up steam nationally while he continues to heal.