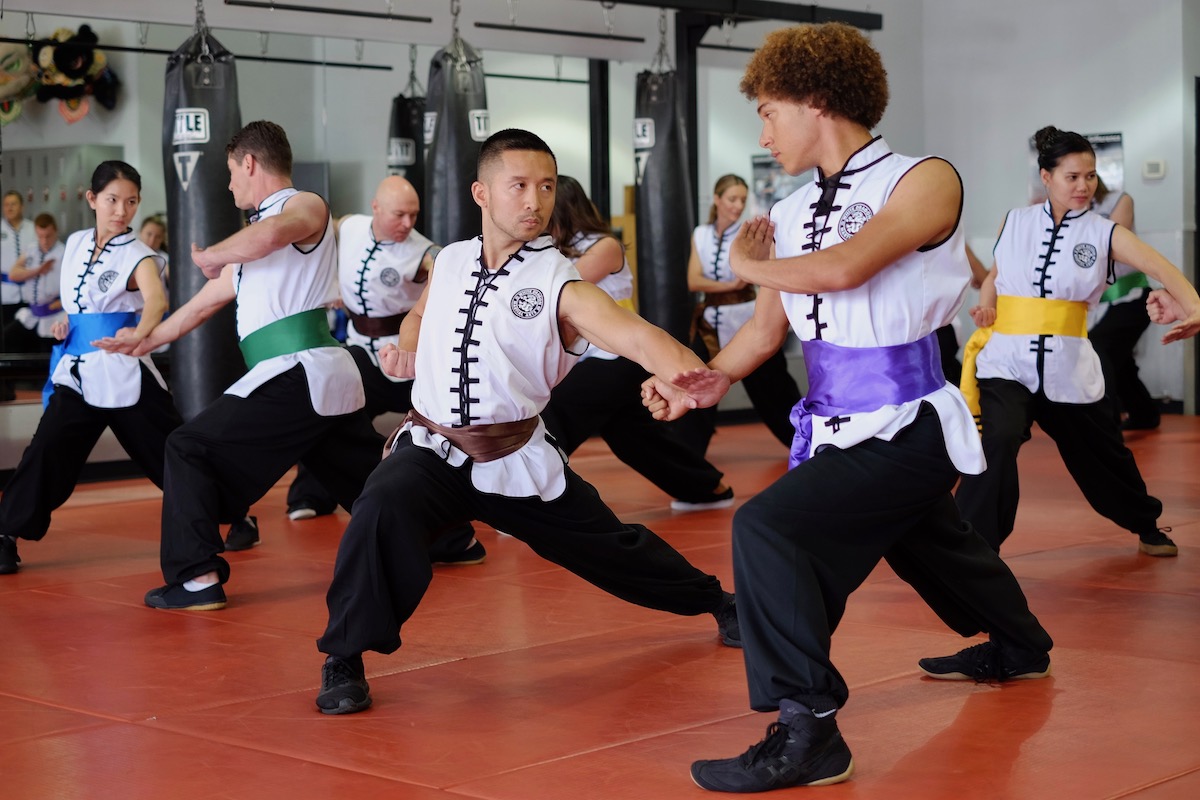 This article originally appeared in the June 1991 issue of Inside Kung Fu Magazine, “Training for Life” by Grandmaster Doc-Fai Wong.

You might say that in Japanese and Korean martial arts, the most important part of the wardrobe is the belt. The belt’s color designates the martial artist’s rank, making it a critical part of the style’s uniform.

Don’t look for karate style belts on Chinese martial art practitioners. Anyone who uses them in their school is simply borrowing from the Japanese. Karate style belts and white-to-black color rankings do not exist and never have existed in Chinese martial arts. It is strictly a Japanese trademark, originating from the early days of Judo when Judo’s founder, Jigoro Kano, assigned ranks to different levels of Judo expertise. Korean martial arts carried on the belt-ranking tradition resulting from 35 years of Japanese occupation from 1910-to-1945.

In China, before the Western belt became popular, men used a sash, tied securely around the waist, to hold up their pants. This was especially common to working classmen, who did mostly manual labor. They needed the sash, not only to keep up their pants, but as lumbar support for the strain of daily back-breaking work.

In those days, men preferred colors that didn’t show too much dirt and remained masculine appearing. Black, brown, or dark blue were common sash colors for the average Chinese man.

Female maids and servants also needed sashes to hold up their baggy working pants. They tended toward brighter, more feminine colors, such as yellow, green, orange, and red.

The color not seen on Chinese sashes is white. White is the color worn to funerals and is associated with death. In the old days, Chinese men tied their sashes with the knot on the left side, keeping it out of the way of their right hand—the working hand. Women traditionally tied their sashes on the right side.

Now that sashes have found their way into Chinese martial arts, everyone ties it on the right side, following the cultural tradition of scholarly pursuits on the left and warrior arts on the right, or weapon-bearing side.

Remember l said now sashes are tied on the right. A hundred years ago, when Chinese martial artists tied a sash, they had a modified ranking system, illustrated by the sash’s position. Regular students tied the sash on the right. Instructors tied the knot on the left side. The head instructor or school master placed the knot of his sash in the center, signifying balance of yin and yang.

Today’s Chinese martial artists use sashes as traditional decorations and compliments to the kung fu uniform. Therefore, the sash color represents the individual school color, not a color series as used in karate schools.

A few years ago, in the United States some schools used a series of different sash colors. These are usually Kenpo or Kajukenbo schools who call their arts Chinese karate. Those arts reflect the influence of both Japanese and Chinese tradition.

While you won’t see different colored sashes to designate different rankings in China today, some Chinese martial art schools outside China are starting to follow the trend set by Kenpo schools, with different colors for different ranks. However, they are never the white-to-black level colors of karate, since white is a funeral color for Chinese.

In my organization, we use a red sash for Choy Li Fut students and dark blue sashes to designate tai chi students. My own reason for that color choice is that red is a yang or active color, while blue is a yin or passive color. Red characterizes the fast, external Choy Li Fut system. Blue represents the slower, quiet tai chi form.

We use different colors of fringe sewn on the ends of each sash for designation of rank. Beginning students wear no fringe, the equivalent of a white belt in karate. As they advance in skill level, they wear white, yellow, green, blue, purple, and brown fringes in that order. Brown fringe is the equivalent of a first-degree black belt student. Higher levels wear black fringe on the sash ends.

Those are my school’s ranking colors. Any color you use is just as meaningful. The idea is to provide something for students to set goals by, along with a standardized program that shows them their learning progression in whichever martial art they study.

Some form of ranking system helps prevent students from comparing themselves to others and from feeling the instructor has favorites. In my school, everyone knows what is necessary to earn various fringe colors. Everyone also understands that rank is based on merit and practice.

One thought on “No Belts in Kung Fu”