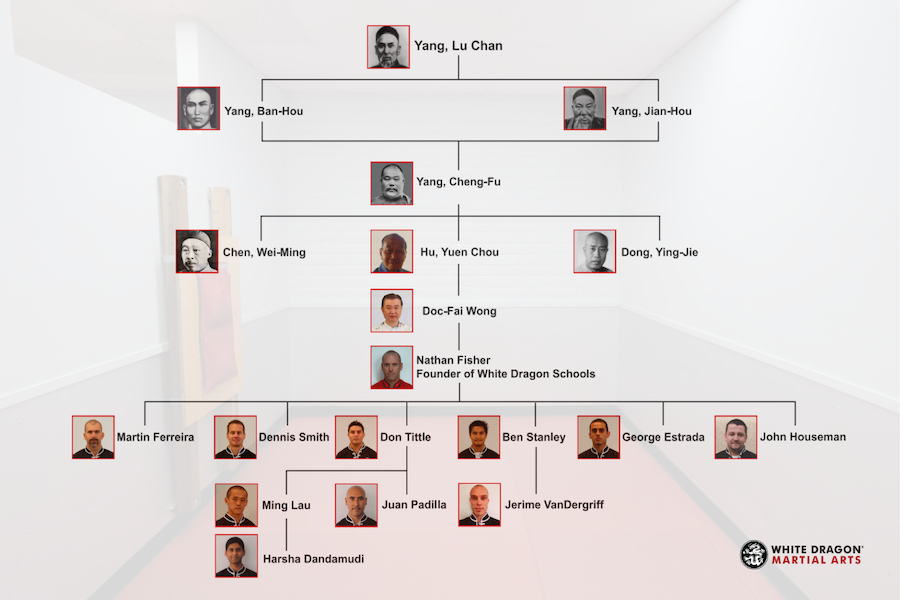 Tai Chi is one of the oldest documented forms of martial arts dating back to the Yuan dynasty (1271-1368). However, it might surprise most people to know that contemporary Tai Chi styles have much more recent histories. Chen Family Tai Chi can be traced back to the mid 17th century. Both Yang Family Tai Chi and Wu Style originated in the mid to late 19th century, and Sun Style Tai Chi was developed in the early 20th century.

Yang Cheng-Fu took what he had learned from his family and modified it into what is commonly called the “large frame” Tai Chi. Known for its smooth, circular, and precise movement’s, Yang Cheng-Fu’s form quickly became popular because of its health and self-defense benefits. The Yang Cheng-Fu “long form” contains 108 movements and is the foundation for many of the other present-day Yang Tai Chi forms. Popular forms like the 24, 32 Gim, and several competition forms have their roots in Yang Family Tai Chi.

The Yang 24 form, also called the Beijing 24, is the most well known Tai Chi form practiced today. Created in 1956 by the National Physical Culture and Sports Commission of the People’s Republic of China, this form is a simplified version of the original 108 form. It was avidly taught throughout China and promoted for general exercise.

The 24 form removes much of the repetition found in the 108 and takes about 6 to 7 minutes to perform. Because of its shorter length, it gives beginners, young and old, an introduction to the essential elements of Tai Chi while attempting to preserve the original flavor of the 108. Its shorter duration also enables beginners to concentrate on breathing, relaxation, and awareness of the mind and body.

Weapons training is an essential part of a well balanced Tai Chi curriculum. Training with weapons allows the tai chi student continued development of the concepts established in the empty-handed forms. It is also an important tool in helping the practitioner reach higher levels of skill and understanding. The most famous Tai Chi weapon of all time is the straight double-edged sword (“gim” in Cantonese and “jian” in Mandarin). Considered to be a “gentleman’s weapon”, the straight sword is one of the four primary weapons of Chinese martial arts along with the staff, spear, and broadsword.

In 1957, the Chinese Sports Commission created the 32 movement “Simplified Yang Style Tai Chi Sword Form” which is based on the much longer traditional Yang Family 54 step straight sword form taught by Yang Cheng-Fu. Containing selected sequences and postures from its older predecessor, the 32 step sword simplifies and standardizes many of the original techniques.

As Tai Chi grew in popularity, the Chinese Sports Commission sought to condense and combine the various styles for wushu competition. In 1976 the Combined 48 Form was created. This form contained movements from the major family styles: Chen, Yang, Wu, and Sun. This form was a mainstay of the Asian Games and other wushu competitions until the early 1990s when it was replaced by the Tai Chi 42 form. Although this form is not strictly a Yang Style form, it still is a very popular form in many Tai Chi schools.

By the late 1980’s Tai Chi had grown in popularity and there was a need to develop Tai Chi competition forms which represented each individual style. The Chinese Wushu Association brought together leading masters of each style with the purpose of developing these routines. In 1991, the Yang 40 step form was created. This purely Yang Style form contains many of the movements found in the original 108 form like Grasp the Sparrow’s Tail, Parting the Wild Horse’s Mane, Wave Hands Like Clouds and others.

Whether you prefer the longer and more repetitive forms of Tai Chi like the 108, the shorter and more simplified versions like the 24, or the variety and difficulty of the 48, the benefits are essentially the same. Tai Chi is a complete martial art system and an excellent way to build strength, flexibility, and endurance. Proper Tai Chi practice is a time tested method of improving one’s health while at the same time learning self-defense.

All White Dragon locations will be closed on Monday, September 5th for...

Get ready for an awesome summer event! Enjoy a full week of Summer Sa...

6 thoughts on “The Ancient Roots of Modern Yang Tai Chi”