Homepage / Blog / Pain in the Knees 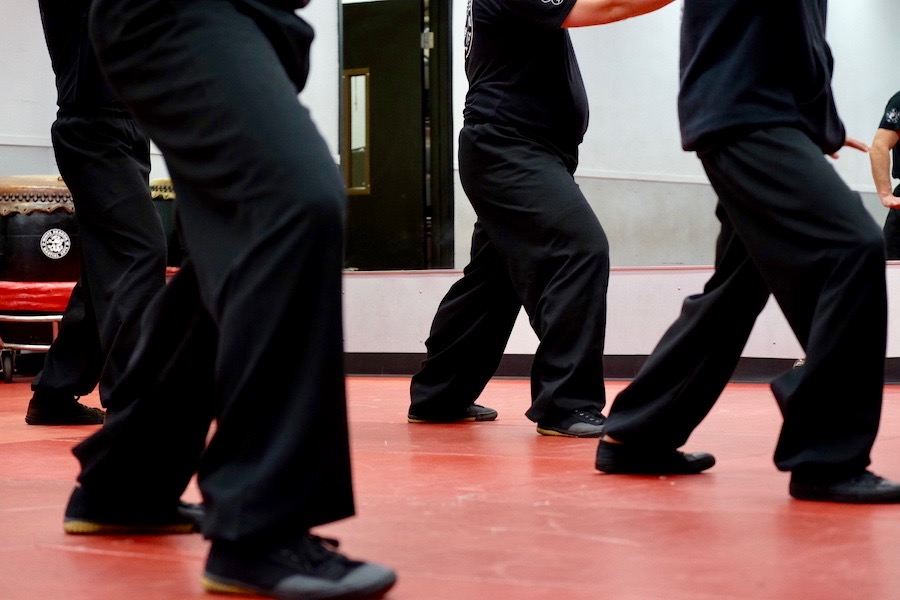 Pain in the Knees

Perhaps the most widespread non-contact medical problem in martial arts occurs in the knees, the body’s most fragile joint. Most knee problems come from improper practice. That holds true for all martial arts including the low impact martial art of Tai Chi Chuan.

Taekwondo stylists, for instance, fall prey to bad knees in both their kicking and stationery legs. The stationary leg suffers when they twist the knee joint as they pivot into a roundhouse or hook kick. Also, the kicking knee can easily hyperextend from incorrect form when shot into the air or against a heavy bag.

Wushu, China’s acrobatic martial art, is hard on knees from joint hyperextension during aerial kicks and the dramatic twisting landings that often follow those aerials. When these movements are performed incorrectly, the knee suffers.

Traditional systems such as Choy Li Fut, Hung Gar, or Northern Shaolin bring on knee pain when students try too much too soon without first strengthening and conditioning their legs.

Strength is the first cure for knee problems. Strengthen the connecting muscles, tendons, and ligaments above and below the knee.

Finally, the least likely martial art, Tai Chi, is one of the worst offenders. Tai Chi is an exacting martial art that places most of the body weight over one leg for extended periods of time. When students have too narrow a stance, but still try sinking into a very low stance, the knee of their leading leg extends further forward than the toe of the same foot. Instead of the leg acting as a natural support, the muscles around the knee are forced to compensate for the incorrect angle, placing undue stress on the joint. Unfortunately, without correction, improper stances usually lead to chronic knee problems.

Most knee problems occur in non-Asian students. No, we Asians are not born with stronger or bigger knee joints. However, overseas Asians do have one habit that most Americans don’t–squatting. I’ve seen many Chinese merchants and shoppers squat all day long while conducting business in Hong Kong’s outdoor markets. Squatting makes the knees stronger, simply because it strengthens the connecting muscles and ligaments above and below the knee. Another factor is that Americans also grow faster and taller than the average Asian. Perhaps their leg muscles and tendons are not strong enough for their bulk.

Strength is the first cure for knee problems. Strengthen the connecting muscles, tendons, and ligaments above and below the knee. When those muscles and ligaments as well toned and conditioned, they will hold the knee joint in its proper place. If you do much kicking, make sure you do it right. Pivot on the ball of your stationary foot so you don’t have to unnaturally twist your knee to bring your body into kicking position. Make sure you don’t lock your knee when you kick in the air. If you have even a slight contraction of the muscles around the knee at the height of your kick, you’ll prevent dangerous hyperextension. The same applies to bag work. Tighten the muscles around the knee just before the impact with the bag and let your body absorb the impact instead of your knee.

If you practice wushu, remember you need plenty of foundation training. A good teacher won’t let you get into competition too quickly. It should take three-to-five years of training and condition, instead of six-to-twelve months before you’re ready for injury-free competition.

Tai Chi knee problems are easy to correct. Since there’s no impact or sudden movements, just make sure your stance and weight distribution is correct. If your stance is short, stay more upright. Don’t try to be so low to the ground. If you have a knee problem, rest for a while. Then work on your basics and stances. Have a qualified instructor help you. Your legs are the foundation of your martial art. If you’re in pain, your martial arts will never reach its greatest potential.