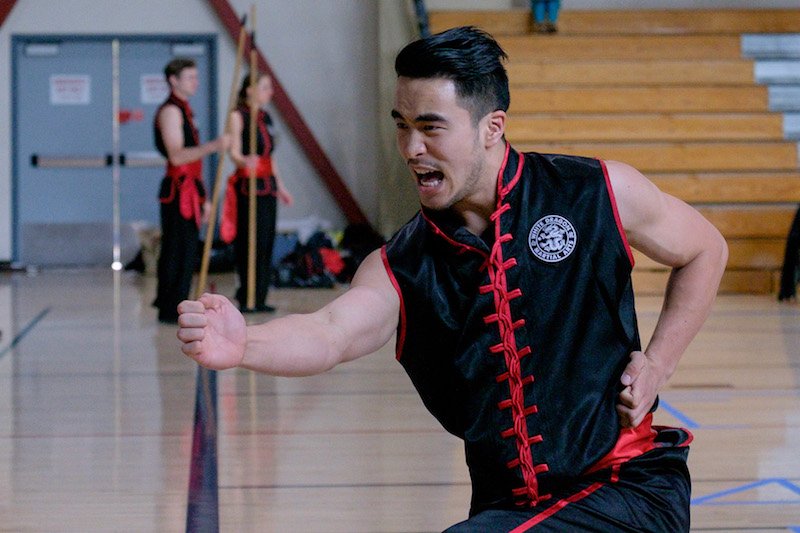 Three Weapons You Could Use to Defend Yourself While Traveling

Personal safety is something many travelers put a lot of thought into when first striking out from home. It can be scary roaming into uncharted waters, unsure of what you might come across or whom you might meet. Traveling to a strange, far-off place makes one consider the possibilities: “What if I get robbed? Or attacked? Or assaulted by an angry mob? How do I defend myself!?”

Safety is key when traveling by yourself or even in a group. And while it is usually unnecessary to carry a weapon of any kind to defend yourself from such possible attacks, there are three weapons you already have in your possession that I recommend you use to defend yourself while on your travels.

The first and best way to defend yourself is to travel with a smile. No matter where I am in the world I’ve noticed that a simple smile can make all the difference. When you find yourself in a strange or scary situation, smile at the people around you and they’ll almost always smile back.

Often times, travelers think that the people around them look scary and threatening. But what you don’t realize is that the people you are looking at see YOU as a possibly scary and threatening person. It’s like that expression your mother used to tell you when you were just a small child and you ran across a snake, bear or spider: “He’s just as afraid of you as you are of him.” The same is true much of the time when you travel! The people around you are more afraid of you than you are of them. So, smile at the people you meet and let them know that you’re a friendly person who means to do them no harm.

A warning about smiles: When you smile at people, you need to be careful what your smile is saying. You don’t want to smile in such a way that it makes you look scared or lost. That is only going to make you into a bigger target. And you don’t want a smile in such a way that it makes the people around you think you are laughing at them. That could get you into big trouble as well! Ideally, your smile should make your look friendly, confident, and trustworthy.

So there’s your first weapon of self-defense – a big, confident, friendly smile.

Consider this, you are walking down an alley at night and two strange men approach from the opposite direction. What do you do? You could turn around and run. Or you could keep walking and hope that they don’t say or do anything as you pass?

The better option, however, is to use your voice to your advantage. As soon as you think the men have made eye contact with you, call out to them in a strong, confident voice, “Hey guys, how’s it going!?” (Feel free to alter the wording here. This is just an example of what I would likely say.)

By saying something to the men in a strong, confidence voice, it lets them know that you are in charge of yourself and your situation. If you act confident, they may think you know them or you at least know your way around the city. Heck, if you speak first, they might even join you in conversation and turn into good friends, instead of potential muggers.

There are situations that happen like this all the time where a strange person (a beggar perhaps?) approaches and most people don’t know what to do. Most people try to just ignore the person and keep walking. But I’ve found that it is usually better to acknowledge the person, act confident and say something to them first before they have a chance to say something to you.

Here’s a funny little tip: If you see someone who is obviously begging for money and it looks like he or she is about to ask you for money as well, approach them first and try asking THEM for money! Taking this approach you will 1) deflect the advances of that individual, 2) not have to give any money to the beggar because he or she won’t know how to respond, and 3) you might actually brighten the beggars day by making him or her laugh.

Confidence is your biggest and most powerful weapon.

If you walk around and carry yourself with confidence, few people will ever mess with you. Hold your hear high, pull your shoulders back, act as though you belong, and believe in yourself.Think about it! If you’ve ever been to New York City (or any big city in the world actually) you know how easy it is to distinguish between the tourists and the people who actually live there.

The tourists are the ones walking around at a super-slow pace, with their heads and necks craned up at the sky, looking about in every direction – sometimes with a big old map stretched out in front of them. They’re taking photos, they don’t know where they are going, and they’re dressed like complete outsiders.

The people that actually live in the city, however, move in a completely different way. The residents walk quickly, because they know where they are going. They walk confidently, because they have an understanding of the city layout and they know other people in the town. They dress like the locals do, because they are one! And they certainly aren’t carrying a camera around their neck or a map of the city in their back pocket.

If you want to look like a local in a foreign city or state, dressing the part can certainly help, but confidence is key. Walk with purpose! Don’t stare up into the sky while turning your head in a million different directions. And most importantly, act like you know the place and the people in the area – even if you don’t!

The chances of you encountering evil-doers on your travels in very slim indeed. But those chances become even more slim if you carry yourself with confidence.

So act confident! Speak first! And use your smile to your advantage. Because those are three incredible weapons that, if used properly, will keep your safe for a very long time to come.