Homepage / Blog / The Power of the Staff 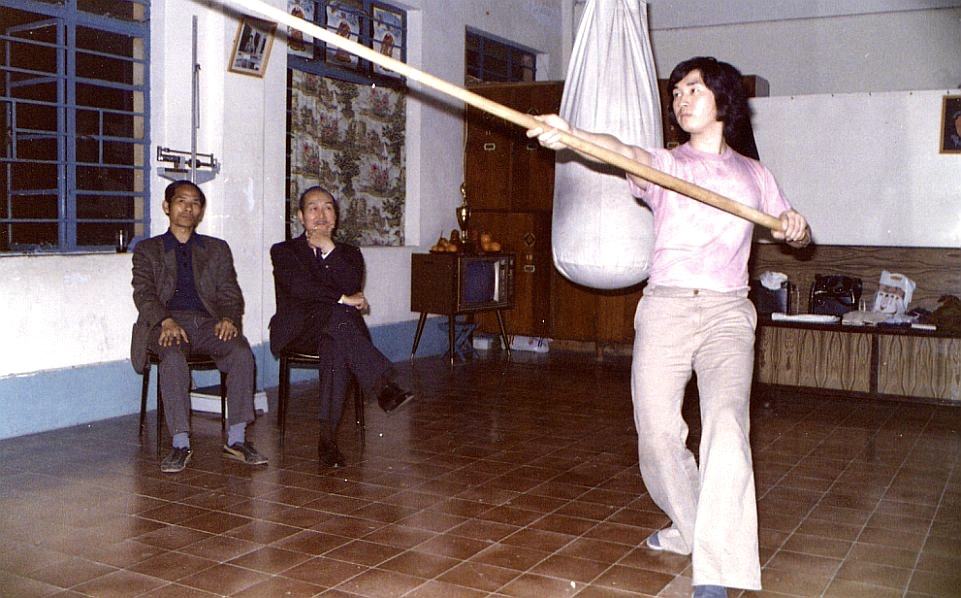 The Power of the Staff

An old saying in Chinese martial arts states, “When fighting with only the fists, be concerned about running into someone young and strong. When fighting staff against staff, worry about an opponent who is old and wise.” Those two sentences illustrate a great deal of valuable martial arts training philosophy. When defense is limited to strictly strength against strength, the younger and stronger of the two opponents will often defeat an older, less-powerful adversary. However, a weapon such as the staff changes everything. Under those circumstances, the older, more-experienced staff fighter has the upper hand. His ability to win was determined not so much by his physical condition, but by his knowledge of staff techniques.

In the martial arts of ancient China, staff training was second in importance only to empty-hand techniques. But southern Chinese Kung-Fu systems place even more emphasis upon staff expertise than their northern counterparts. Why was the staff so valued in southern China?

It was believed if staff techniques could be mastered, then all other long-handled weapons would be easy to manage. From that theory came the saying, “The staff is the grandfather of all long weapons.”

In the old days, villages often hire full-time martial arts instructors to run the local kung-fu schools. An instructor was judged both on his empty-hand fighting ability and his staff-fighting knowledge. Empty-hand techniques were indications of his basic fighting knowledge, while his expertise with a staff indicated an overall experience and proficiency at focusing power through a weapon that lacked a cutting edge. Since the staff has no blade, the weapon requires more power to be effective. While a sword or knife could easily disable an opponent with a single slice, the martial artist with a staff must know how to use his body to produce sufficient power. It was believed if staff techniques could be mastered, then all other long-handled weapons would be easy to manage. From that theory came the saying, “The staff is the grandfather of all long weapons.”

Staff training today should be of equal value to the serious martial artist. No matter what style, staff techniques both help build forearm muscles and teach full energy extension. A good staff fighter should be able to easily knock the weapon out of his opponent’s hands when he makes contact. The staff is an extension of the martial artist’s hands. Therefore, any training derived from the staff can only benefit empty-hand techniques.

True staff power is expressed in whiplike strikes, with the tip of the weapon vibrating as power travels through its entirety. When a martial artist correctly performs his staff techniques, his weapon will release a humming sound. When he pokes forward, his power should travel through the staff like a solid straight punch. It’s easy to imagine how penetrating a martial artist’s fist power would be after practicing his extension through a staff.

Staff training isn’t limited to forms. Two-person practice is also part of the overall process. After learning a good staff form, the martial artist needs a partner to experience full-power contact. Two-person practice, which involves striking staff against staff (not staff against people), trains each person to both give and take the force generated by a properly wielded weapon. Staff contact practice is not the same as two-person staff forms. Two person forms demonstrate the application of techniques. Staff-contact training is the actual practice of full power. Three or more techniques are practiced until the practitioners have reached full-power potential.

Staff techniques from most Shaolin Kung-Fu systems should be practiced as described above. Only when the martial artist delves into internal training does he change his regimen. Internal staff training also involves two-person contact practice. However, the softer internal training is structured around a sticky type of contact, similar to tai chi push hands. Comprised of small circular patterns, this training is designed to promote more sensitivity and feeling in the staff practitioner a high level of expertise.

Most Chinese martial arts systems include the most intricate internal staff training high-level program. If students are not aware of this training, it’s only because an instructor in their lineage failed to pass it on. No matter what martial art the student studies, a background in staff techniques will always inprove his empty-hand fighting. From his first training, he learns to use his hands. From the staff, he learns to use his body and natrual power.

About the Author: Doc-Fai Wong is a contributing editor of Inside Kung-Fu.

kung fu, self defense, training for life|0 comments|2847 views| Like 1